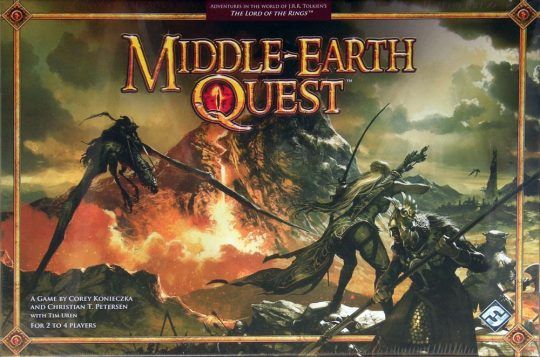 Middle-Earth Quest takes place approximately ten years after Bilbo Baggins leaves the Shire, and several years before Frodo leaves Bag End on his journey leading to the destruction of the One Ring. Thus, Middle Earth Quest will take place in a time of growing darkness. Players will take control of characters such as a Gondorian Captain, a Rider from the Westfold, or numerous other character types. Not only will characters be able to experience new adventure in Middle Earth, but we will carefully seek to tie in the experience with the massive amounts of lore and story that takes place around the edges of the central THE LORD OF THE RINGS storyline.

Middle-Earth Quest is a game of adventure and conflict set in the time leading up to the creation of the Fellowship. One player will adopt the mantle of Sauron and do his best to spread his evil influence across the lands. Up to three players become heroes and will do their best to foil Sauron’s foul plots, and rally the peoples of Middle-earth to their side.