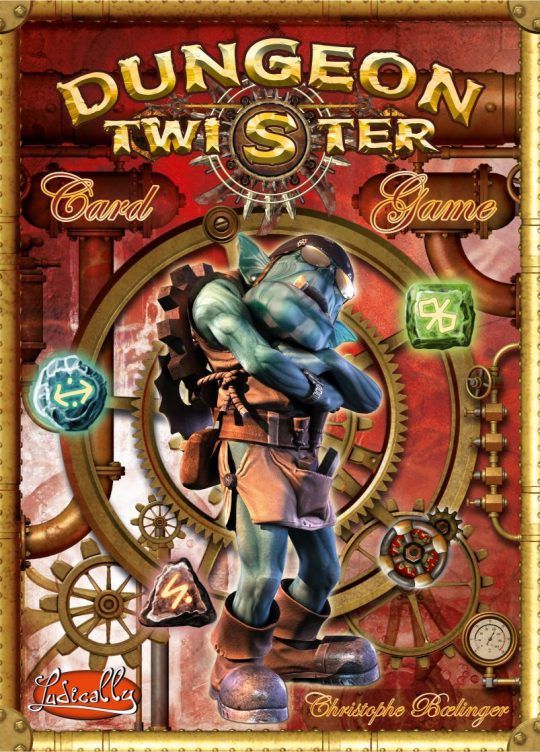 Dungeon Twister: The Card Game is a two-player-only take on Dungeon Twister with the entire game converted into cards. As in the original game, players in Dungeon Twister: The Card Game build a team from the characters and objects available to them, then head into the maze to try to navigate the hazards by using their action points each turn to move, rotate rooms, collect items, and combat opponents, making their way to the opposite side of the maze while avoiding – or taking out – the opponent’s characters along the way.

Before starting the game, players choose a scenario card that details the number of rooms in the maze and the number of characters and objects each player uses. With the scenario cards, players can learn the game progressively, starting with the easiest scenario – which uses 2×2 rooms and starts each player with two characters and two objects – and moving into more difficult scenarios from there.