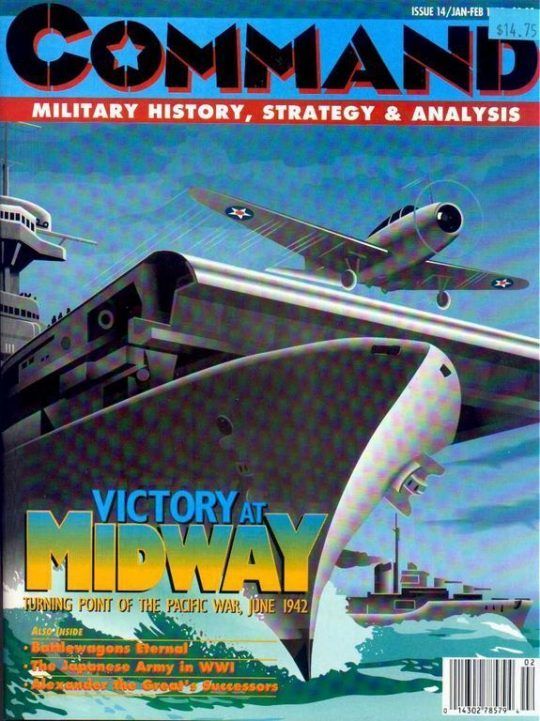 Current Offers for Victory at Midway

Victory at Midway simulates the historical World War 2 naval battle between Japan and the United States of America.

Players take up the roles of the naval commanders and make their plans on their own maps in a "double-blind" turn-based system. Without knowledge of their opponent’s fleet position, they move their ships, conduct aerial reconnaissance (calling out hexes and waiting for their opponent’s response, as in Battleship), and designate areas for air strikes. The strikes are revealed and resolved before proceeding with other naval engagements (ship-to-ship combat, bombardment and invasion of land targets). Battles are resolved by comparing a die roll to the unit’s strength for successful hits instead of referring to charts.

The game ends in 25 turns or if one side has been totally eliminated. If both sides remain till the end, the victor is the player with the most Victory Points, which are awarded for enemy losses or control of Midway atoll.