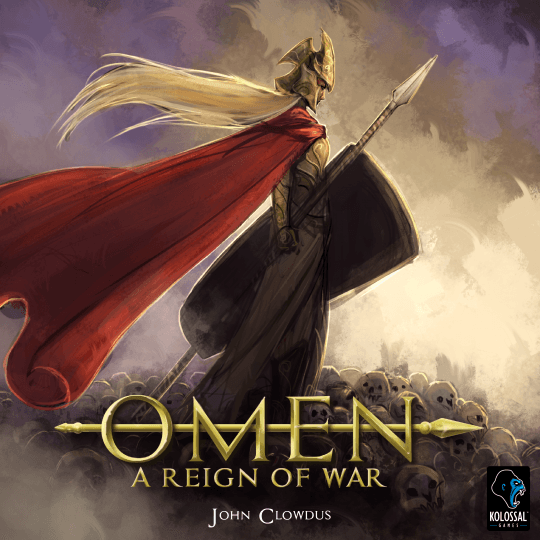 Omen: A Reign of War

Current Offers for Omen: A Reign of War

You could be the greatest warlord the isles have ever seen. Your thirst for power is matched only by your strategic wit and cunning. You know no rival, aside from your brother.

As sons of Zeus, you stand poised to conquer all of Greece, but not without the blessing of the gods. To determine who shall rule the domain of man, the gods have devised a contest and lent their most powerful forces for the cause: pillage and raze three cities. When the carnage ends, only one brother will be victorious, while the other will fade into antiquity as just another half-god spawn of Zeus.

To compete in this contest, players will take on the role of one of these two brothers with access to a powerful array of units including soldiers, beasts, and oracles; each with various uses. Soldiers are powerful, and affect the city they are played in. Beasts are easily double the strength of the average soldier, but occupy two slots in the player’s available army, and may be discarded to access powerful special abilities. The oracles offer passive boons to the player, but leave a lot to be desired in strength.

Omen: A Reign of War has seen several different editions and expansions since its initial 2011 release. It is in its current and final edition, the Omega Edition; a streamlined edition incorporating almost all of the previously released content, plus additional new content, for Omen. It will be the format of the game for any future printings.