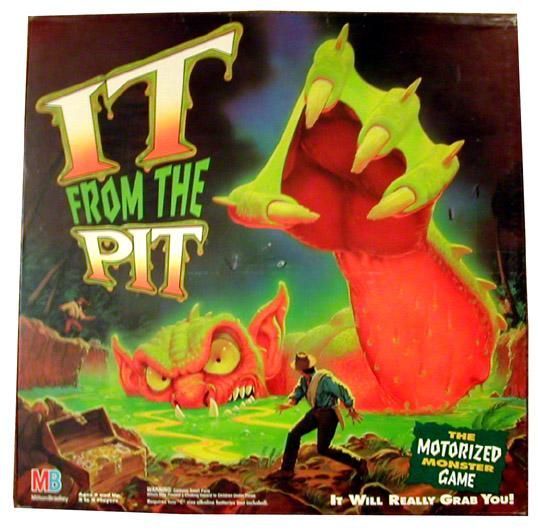 It from the Pit

Current Offers for It from the Pit

The object of the game is to land on the treasure chest, but don’t get grabbed by It From The Pit. A large plastic board with a deep center well houses the large motorized monster that reaches up onto the board throughout the game while players move on one of two paths at the rim of the pit. The inner path is shorter, but is easier for the monster to reach. The monster is turned on at the start of the game and continues grabbing players until the game is over.