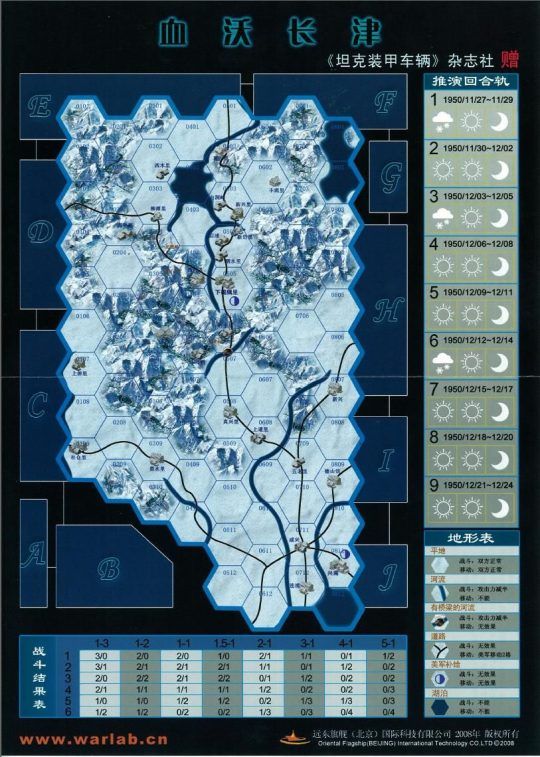 Current Offers for Bloodbath at Chosin

This is a free wargame included in the 2008 Nov issue of the China magazine ‘Tank and Armored Vehicle’. It simulates the famous battle between the US and the China at Chosin Reservoir in 1950 during the Korean War. It is in fact a trimmed-down boardgame version of an online wargame also designed by the same company.