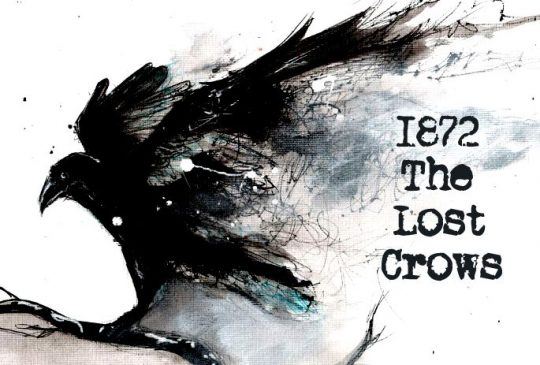 Current Offers for 1872: The Lost Crows

1872: The Lost Crows is a solitaire, map-making, Roll-and-write survival game focused on a realistic immersion into a narrative of the Frontier West from a (Michener-esque) Native point-of-view. It’s the 4th in my xx72 line of 1-page micro games.

This game differs from its predecessors by increasing theme and putting much more emphasis in journaling and storytelling. Similar to a legacy or campaign game but in a more sandbox feel, and with multiple storylines and endings to maintain high replay value.

The game PDF consists of 1 (consumable) Player Sheet and 7 pages of rules and storyline, all in a black and white low ink format. It takes less than a minute to set up a game.

You are a small tribe of Montanan Crow that are trying to make your way to Canada to avoid the upcoming conflict between the United States and the loose alliance of Native tribes.

As per the setting in the game:
The Tribes have met and decided on war. You refuse to subject your Crow people to such a lost cause. A vision warned you that the Americans spill blood of many tribes on this frontier. It’s now a race across the Montana frontier to Canada before the U.S. Cavalry can catch you.

1872 won 3rd place in the Most Thematic category on the 1st Roll & Write BGG Contest.

—description from the designer